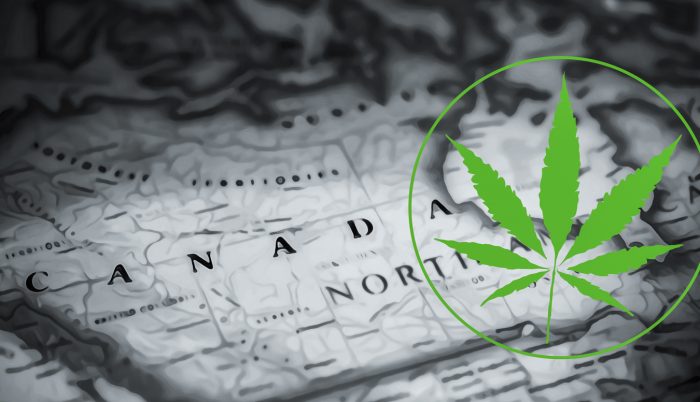 It has been just over a month since cannabis was legalized in Canada. Now that the hype and excitement surrounding the ability to buy recreational marijuana legally has settled, many of us are still left with questions surrounding these new laws and what this means for home owners, buyers, and sellers alike. Here is what you need to know about cannabis legalization and real estate in Ottawa:

While it may now be legal carry, smoke, and grow marijuana plants, there are many things to consider when you are in the market of buying or selling your home. Recently,  a survey on “How Canadian Homeowners and Renters Really Feel About Legalized Cannabis”, and that despite the legal freedom to grow up to 4 plants in your residence, 52% of home-buyers would be hesitant to purchase a home that was used to grow legal marijuana. Many people are worried about issues with smell, mould, and electrical systems, and while these concerns are valid for large scale grow-ops, which could cost upwards of 50k to repair to liveable standards, the effects of a legal four plant cultivation in the household are minimal and can likely be treated the same as you would tobacco remnants. Sellers should be aware of the stigma that continues to surround marijuana growing and consumption, and be prepared to provide details on such activities if they so have occured in the household. Additionally, buyers need to be prepared with questions and an excellent home inspection for reassurance that physical damage due to smoke or cultivation is either repairable or null.

As of now, the only way to make legal purchases of cannabis is online through the Online Cannabis Store (OCS), but come the new year, this will not be the case. Ottawa is set to debut a Legal Pot Shop in April 2019, leaving homeowners, renters, and landlords worried about the type of demographic that the neighbourhood might then attract, and how that will affect the value of homes within the area.The Alcohol and Gaming Commision of Ontario (AGCO) has been granted control by the government bill as to where these “Pot Shops” can open their doors. If you are opposed to shops opening in your neighbourhood, city councils and residents have the opportunity to have their voices heard by being given 15 days after an application for a store is made to argue against the licence being granted. The application process for store operators is set to open in December 2018.

The legalization of cannabis leaves landlords and tenants alike with many concerns including second-hand marijuana smoke, safety issues for tenants cultivating plants, and clean up costs. Certainly, non-smokers will have a problem if the stench of pot-smoke weaves its way into their residences, but whether or not landlords have a legal hand in the matter is still debatable. One landlord that owns approximately 30 highrises in Ottawa, warned it’s residents, in anticipation of legalization, that growing marijuana plants in their apartments could cause for eviction. While this is likely designed to protect landlords and other tenants of the concerns addressed above, it may not be entirely enforceable for existing leases. Condominiums on the other hand, are provided slightly more protection against the consumption and cultivation of marijuana; Ontario provincial legislation follow the same guidelines for marijuana as tobacco in terms of where smoking and vaping may occur. This prohibits the smoking and vaping of either substance in common areas of buildings and condominiums.

While the legalization of cannabis provides people who wish to smoke, vape, and cultivate cannabis the right to do so, under certain restrictions, without fear of legal repercussions, it also raises more questions than ever when it comes to owning, and even rentings homes. Working closely with your realtor is your best bet in navigating through these new realities and provide you with the knowledge and guidance you need when it comes to buying or selling your home.

Ask me anything about real estate…

The trade marks displayed on this site, including CREA®, MLS®, Multiple Listing Service®, and the associated logos and design marks are owned by the Canadian Real Estate Association. REALTOR® is a trade mark of REALTOR® Canada Inc., a corporation owned by Canadian Real Estate Association and the National Association of REALTORS®. Other trade marks may be owned by real estate boards and other third parties. Nothing contained on this site gives any user the right or license to use any trade mark displayed on this site without the express permission of the owner.©Royal LePage TEAM REALTY